Dutch is a West Germanic language spoken by around 24 million people, mainly in the Netherlands, Belgium and Suriname. Standard Dutch also known as ABN (Algemeen Beschaafd Nederlands) which means Standard Civilized Dutch is the standard language of the major Dutch-speaking areas and is regulated by the Dutch language Union. 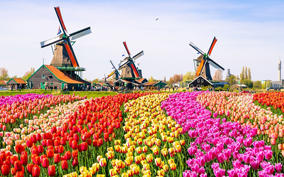 How to act Dutch

Probably due to their Calvinist tradition, the Dutch are a hard-working, sober, practical, bottle-scraping-thrifty sort. At the same time, they are proud of their liberal streak and tolerant almost to a fault. Even so, an old Dutch proverb advises them to “act normal, that’s crazy enough.” That’s why, when you notice an odd habit, it seems so out of context. 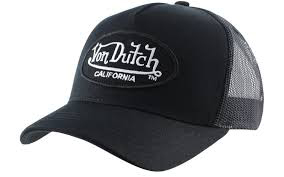 Is Dutch easy to learn?

Dutch is very similar to German, but simpler in many aspects: no declensions, just two articles instead of three, and a much freer word order. On the other hand, Dutch is a little bit more difficult to pronounce because of all the ch's and g's and a few consonant clusters. Our Dutch Queen Máxima is Argentinian, and she learnt to speak reasonable Dutch in what seemed only weeks! 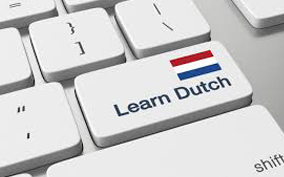 Yes, we know. Those famous Dutch sayings aren't too friendly. Double Dutch means nonsense, going Dutch paying ones expenses and a Dutch treat is nothing more than a dinner where each person pays for his own. Not to mention the phrase Dutch wife which refers to hot water bottles........and the worlds oldest profession. 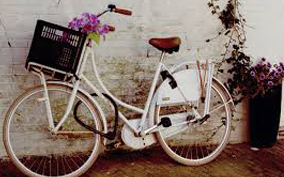 What does a Dutch accent sound like in English?

To most foreigners the Dutch accent sounds like a mix between a British, French, and German accent. German and Dutch accents in English get mixed up a lot but its really quite different. Listen to Zeno's soundsample English with a Dutch accent. 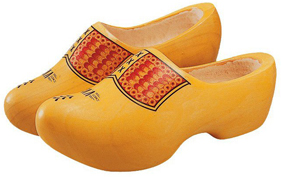 Kenneth Howard was an American artist who made arts on cars an motorcycles. His family nicknamed him Von Dutch as the found him stubborn as a Dutchman (here wo go again) The Von Dutch name was sold to a bussinessman who build a fashion imperium on it, well know from it's Von Dutch Caps. And no, Von Dutch is not Dutch.

As indicated in the famous painting by Vincent van Gogh (the aardappeleters, meaning "potato eaters"), the main ingredient in old-fashioned Dutch dinners is potatoes, usually accompanied by meat and boiled vegetables. The Dutch traditionally don't use very sharp spices and are very fond of pouring gravy onto everything. 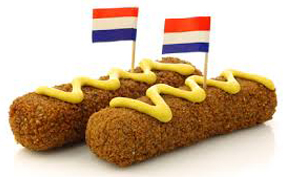 The Dutch and their bicycles

You might have noticed already that bikes are a significant part of the Dutch culture. But you would never suspect how much the Dutch like to pimp their bikes. Not new bikes. We’re talking 20 year old beat-up pimped Dutch city bikes. With a windshield. And three different locks. And saddle bags for the flowers.

It’s not a Dutch bike unless it has a sturdy book rack on the back. But the rack is used more frequently for a second person to ride on than it is for books. There is a definite routine associated with riding on the back of a Dutch bike. You have to sit “sidesaddle”- man, woman, doesn’t matter, everyone who rides as a passenger sits that way. And you can’t remain on the bike when it comes to a stop. When the bike driver approaches a stoplight, the rider jumps off, and when the driver starts up again, the passenger is expected to run along beside a couple of steps and only jump on when the driver has picked up enough speed.